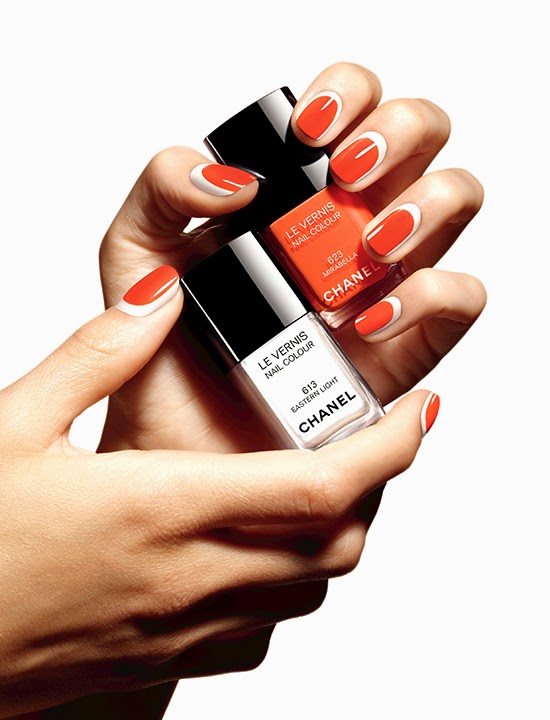 Today's Mondays with MontyC sees me reviewing my Chanel Reflets d'Été purchases - a nice bijoux, mini-haul and some lovely freebies to boot :-)


I love to see a bright pop of colour peeking out on my toes from my sandals or catch my eye on my fingernails as I type on my keyboard in work.  The colour that's catching my eye today as I type this post is from Chanel's latest summer launch "Reflects d'Été" and it's called Tutti Frutti.

Out of the five colours available in this launch, this was the only one that I particularly wanted to get and I when I finally saw it "in the flesh" it was even more beautiful than any picture I found online.  Having photographed it myself, I can now understand why it was so hard to capture the true nature of this varnish; in my pictures, it looks like an orangey-red, but in reality it's deep hot coral shade.  There is a very fine gold shimmer visible in the bottle but this isn't visible on my nails. 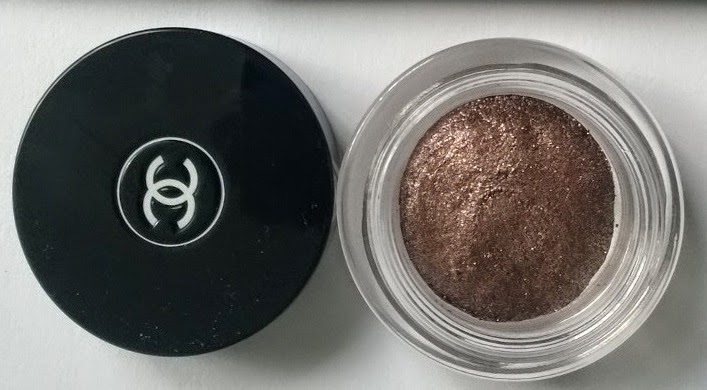 Apart from the nail varnish, the next item on my list was the Illusion d'Ombre in New Moon.  I'm a massive fan of this formulation as not only are the colours gorgeous, they are so easy to apply - you don't even need a brush, just whack it on with your finger, easy peasy lemon squeezey!


New Moon (LE) is described as a copper shade, but it's more of a soft pink-based taupe-copper with golden-pink frost.  The pink is particularly evident, and this one is quite appreciably frosted, as opposed to shimmery (the other two Illusion d'Ombre shades in the collection, while lovely, are more akin to "stuff I already have" so I didn't bite - those ones are more shimmery).

The eye pencil is a bright golden bronze shade that makes my blue eyes absolutely pop!


The colours in the tubes are amazing but unfortunately they don't translate onto the lips; they've really just a very sheer wash of colour (being honest, I found it hard to tell the difference between them all after application, so that's why Blizzard went into the bag instead).

And if that wasn't enough goodies, the lovely SA also gave me three samples!  Top of the picture is a sample of Mascara Sublime de Chanel.  According to the packaging is an "infinite length and curl mascara".  Having used it every day since I got it, I can confirm that it does exactly that.  Look here for a review of this.

Below that are two cute lip products.  The first is a mini Glossimer called Amour.  What you see is pretty true to colour; a golden-shimmery peach-based coral.  Gorgeous for the summer!  Below that again is a delicious red lipstick, a mini Rouge Allure called Pirate.  It's one of those magic reds that sits somewhere between a blue-red and a pink-red, and is very soft and creamy and long-lasting.  As there's no shine, I'd happily wear this to work.

So there you have it!  That's what I got (and was gifted with) at Chanel.  I am one happy bunny :-).  Look here for more information on this collection.

Until next time,
MontyC
Email ThisBlogThis!Share to TwitterShare to FacebookShare to Pinterest
Labels: makeup