How I... store my MAC palettes 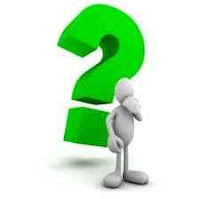 I'm planning a series of posts, showing how I store makeup, tools, etc

I am surprised to realise that I haven't reviewed this one before.  Not that I'm obsessed with concealers ;-)

This is Armani's take on YSL's Touche Eclat highlighter and dare I say - it's leagues better.  Whereas Touche Eclat is strictly only a highlighter, this operates as a radiance-providing concealer which can be used as both concealer and highlighter if required.  It has excellent light reflecting properties without too much shimmer (but as it contains Mica it does have a small amount of shimmer).

The Limited Edition Candy Shock collection by Catrice, launching in June 2013, has campaign visuals and inspiration stemming from the marriage of pretty, pale, chalky pastels and ballerina couture, masses of sheer gauzy tulle and metallic greys and beiges, with a pop of a bright coral - it's dreamy but ladylike at the same time.


A bit later than planned with this one!

Taking inspiration from butterfly wings and bright summery colour-blocking shades, Chanel's summer collection for 2013 is entirely limited edition and Big on vibrant colour!  I almost feel that I should insert some animated fireworks into the post, but I won't, I'll let the images speak for themselves...


This is a long enough post but one I've been meaning to publish for ages as I'm continuously being asked to recommend "inexpensive" makeup that people can get in their local pharmacy or online.  Read on if you want to find out how to have an entire makeup kit for €160.  Before you choke - this as an entire set of everything, including brushes and products!  When you consider that you could easily drop this at a high-end cosmetics counter for two or three items, it's worth a read! 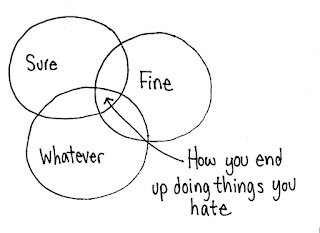 Contemplating frozen strawberries blitzed in the blender with cheap vodka I found at the back of the press...

more »
6 comments:
Email ThisBlogThis!Share to TwitterShare to FacebookShare to Pinterest
Labels: me

I LOVE this stuff!!!!!
It's Illamasqua's latest product, a Rehydrating Gel, brought out as part of the Paranormal collection but new to the permanent line - and it's pretty damn spectacular.
more »
7 comments:
Email ThisBlogThis!Share to TwitterShare to FacebookShare to Pinterest
Labels: makeup, skincare


Considering the retail price of these, I thought I was actually lucky to receive them in my Estée Lauder Christmas crackers back in December - the sample of the moisturising cream would retail at around €75 and the sample of the serum, at around €45 - in other words, decent amounts.  I forgot I had these but have been using the combination as night serum and night cream for the last week.  It was a loooooong week.  I wouldn't put this back on my face were I paid to do it.


Another of my recent Illamasqua purchases, I mainly got this one to see if it was as good as the other Illamasqua brushes I have thus far (angled brow and liner brushes, new blush-up brush, three eyeshadow/blending brushes, all brilliant by the way).

Chanel have released a new (permanant line) mascara called Le Volume de Chanel Mascara in their Jeux de Regards collection.  I received a copy of the black (01 Noir) to try out.  It's fabulous - it's one of the single most beautiful, simple, elegant mascaras to give you the old your-lashes-but-better-like-you're-not-wearing-mascara-at-all look.


This stuff, the latest in a line of new product releases from Illamasqua, is un-be-lie-vable.  It is the gel liner to end all gel liners.

My previous holy grail product, Clinique Brush-on Cream liner, has just got the boot.  David Horne, head of product development at Illamasqua, and his team, have got it just exactly perfectly right, yet again, with this product.

I had already purchased the Illusion d'Ombre in Apparition in the past - this had previously featured as an LE product as part of the boutique/fast track Blue Illusion collection.  As I've already swatched and blogged about this shade, this particular post features the other Illusion d'Ombre shade, #90 Convoitise.

There are four colours in this collection:

Of the four, I purchased two; Life's Luxury and Polished Jet.


I can't stop singing the theme song to "Transformers - robots in disguise" along with this post.  Annoying eh.

I think I got these about a year ago, and it's taken me up until now to remember that I have them, and that I should try them out and see what they were like.


While at a recent Inglot event, I was kindly given these to trial by one of the staff and although I'm not a huge fan of makeup remover wipes, on occasion, let's face it, using something like these is better than using nothing... when you're caught short on makeup remover, or when you're unexpectedly away, or when you're at a festival or...


There's a new concealer on the block.  And I love it.

Cheap-ass v Fancy-ass? Shiseido v Lidl in the Battle Of The Cotton Pads


Today's post was written in two halves - by both myself and my friend @MontyC.  It's a review of something we all use and need; for makeup removal, for toning the face, for refreshing the eyes, for nail polish removal... the humble cotton pad.

This post was a labour of... well, just a labour really.  I started out writing up this review the same way as I usually do for foundations - trying to cover all the bases (coverage, finish, lastability, cost, skintype, application method etc) and I realised that, while I would still be doing this, I needed to add a bit of a rant to the top of the post.  So here it is:

So Here’s the thing.  I wanted to love this foundation.  I first saw this new foundation in action back in December and have been eagerly awaiting its release.  What this foundation tries to do – in terms of finish – is everywhere at the moment; that glowy, radiant skin look is the biggest 2013 trend going.  Aside from the fact that healthy glowy skin looks gorgeous, and apart from the fact that it’s coming into the summer and this tends to be a seasonal trend, this is a particular ongoing trend at the moment.

What I found was that it’s a blasted bugger of a thing to apply correctly.  It needed quite a lot of investigation into what would and wouldn’t work.  And when I found what worked (in terms of application), it didn’t necessarily last (in terms of wearability).  But dear God it was hard work getting there, and involved a multitude of different application methods, different finishing methods, different priming methods over a seven day period, even down to doing things one way on one side of my face, and another on the other side, to compare!  It involved a ten-minute earlier start all week to try get to the bottom of it (I’m looking forward to that extra time in bed next week :-))

Bottom line: now that I know how to make it work, how to use it, how to get the best out of it, I’m fine with it – in fact I absolutely love it.   But it’s still not a foundation for when you’re in a hurry.  It’s a needy-baby-greedy-baby foundation, to paraphrase The Big Bang Theory.

Although I'm a relatively recent convert to Cosmetics à la Carte, this year they are this celebrating forty years in the business!  To mark the occasion, they are hosting a creative beauty exhibition detailing the creativity and innovation of their makeup, and the impact that cosmetics has on modern culture...

I know this post is a little late (ok ok very late, I have been meaning to publish it for over a year now!) but how and ever, better late than never...

For anyone who doesn't know, OCC (Obsessive Compulsive Cosmetics) are a cruelty-free all-vegan cosmetics store who make a bunch of different cosmetic products and tools - but their pièce de résistance are their Lip Tars.  Ostensibly a pro product, these are great for anyone who likes to play with makeup.

Sleek Makeup (a drugstore/budget makeup brand that I absolute love) have released (oh, back in 2011 I believe) their version - called Pout Paints.