A different type of post for me - a photo blog of a recent trip.  A lucky girl, me, I got to go to Paris for my birthday...

The weekend started off really nicely with a nice surpirse...

And it involved a lot of these...


... and stupid amounts of of these, while escaping the rain one day (yeah, that was the reason):


(is it a good or a bad thing that we actually made them run out of limes?!)

It also involved quite a few of these, to offset the other things :-)


We walked the legs off ourselves, averaging around 15k steps every day, even with trying to use the Metro on occasion.  Personally, I think the Metro in Paris is a big scam; it's the French way of completely taking the piss.  You take a train, you then change at a station, but you walk for about 2km to the next train "at the same station" - all underground, so you think you're "taking the metro" to a destination, however mostly what you're doing is walking to where you want to go.  Just underground.  And boy do you know it the next day!  Especially when you have decided that now would be the best time on earth to break in your new boots.  Ow.  Thank god for Compeed plasters).  The weekend was pretty much sponsored by Compeed plasters, along with M Kir, Mlle Champagne, M Kir Royale, Mdm Mojito, M Pastis.  Mlle Cidre made a fleeting visit.  And also featuring M Coffee and M Paracetamol :-)


Of course, it was Paris at Valentines' weekend... free roses were being given out by every shop, every concession, everywhere.  Galleries Lafayette had a huge display of roses at the entrance, so on walking into the store the scent of roses hit you, like you'd walked into a huge rose garden.  Nice French SA's were handing them out to anyone who wanted one.

And this was on a wall outside a shop, just stuck up there completely innocuously, as an advert for a French florist shop (I thought it was quite clever as adverts go!)


And of course the Pont des Arts (last one before Pont Neuf, ie second last bridge before the Ille de la Cité, where Notre Dame etc is located) was thronged, with the weekend that was in it...

I managed to scare away some (other) tourists to take this shot:


Of course no trip to Paris would be the same without some of these places featuring:


I stumbled up this, I think I died and went to heaven:


This place was mobbed.  By men and women of all ages.  I stocked up on Bioderma, Nuxe, Vichy products while resisting the urge to go totally and utterly berserk.  The prices were totally amazing and cheaper than all other pharmacies I'd been to by an average of a fiver per product.  (And cheaper than Ireland by about twenty quid a product, hmmm).  It was like a supermarket, with seven foot high aisles of brand after brand after brand of makeup, toiletries, nail stuff, hair stuff, face stuff, body stuff... It was bloody hard to behave there and leave with a non-melty set of plastic cards :-)

It wasn't particularly hard to behave in the next place however... 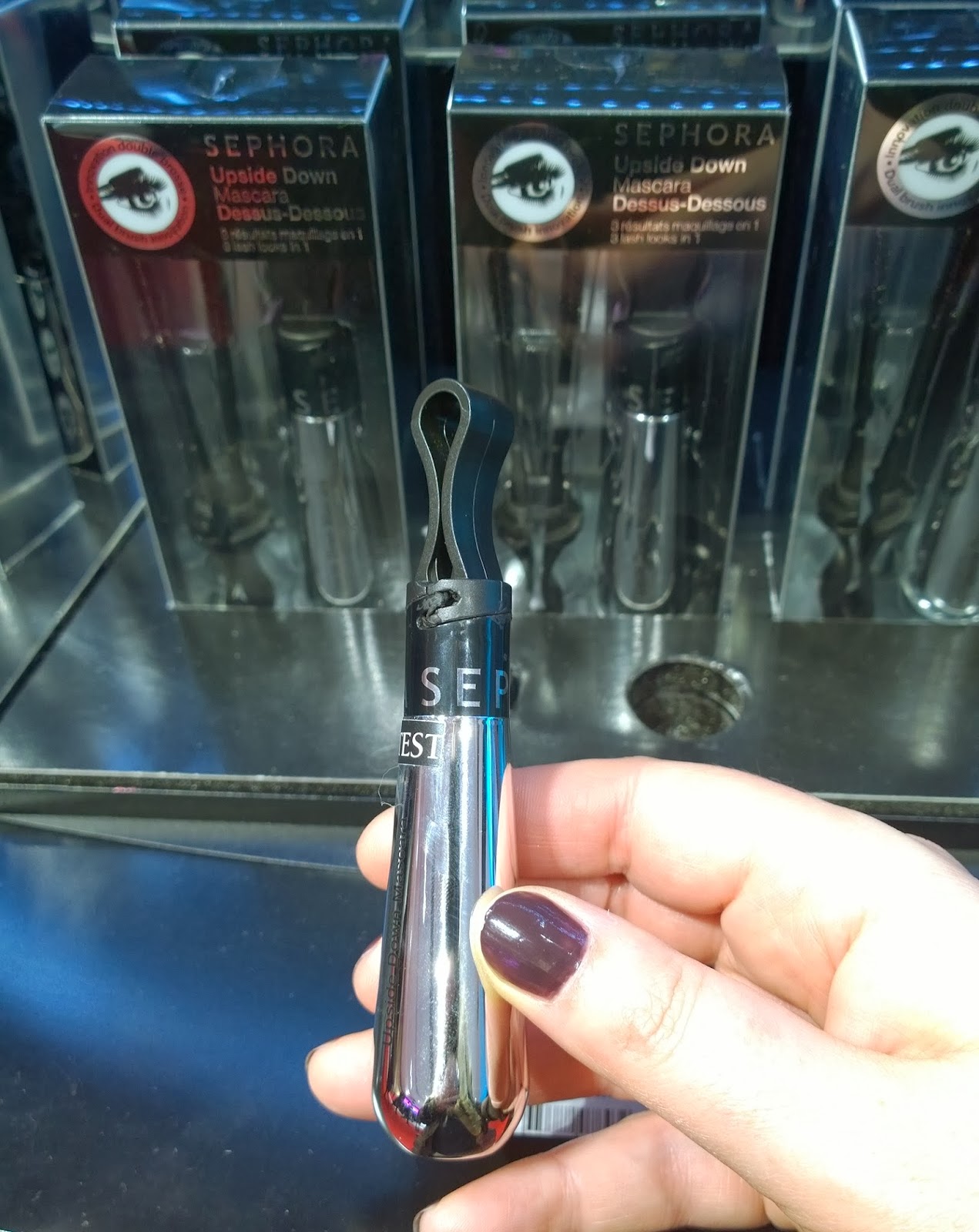 Maybe I've just got a bit tired of the store, but no trip to Paris would be complete without visiting Sephora on the Champs Elysees.  It used to open until after midnight, but thanks to Paris' draconian retail laws imposing an 8pm limit on stores' opening hours, literally in the last few months, and without any recourse for exception, this is no longer the case.  Petulance at the French Authorities aside, in I went anyhow.  I looked, I sniggered at the above ridiculous product (it's a mascara with two wands attached to each other - the idea is you use one for your upper and lower lashes at the same time.  I wonder who thinks this rubbish up).  I purchased some "eye remover devices" (see here for more info!) and the Chanel eye makeup remover (I've wanted to try it to compare it with the Lancome one - I'll use and report back)... and that was it.

I also went jewellery shopping - nothing fancy, just cheap "one season" junk jewellery.  Some bits and pieces from various shops along Rue Mouffetard, including some cute midi rings...


PS nailpolish in pics above is courtesy of Chanel's latest (Charivari).  It lasted me the full four days, which is impressive for my raggy nails.

Other purchases, which will feature in separate review blogs - MAC Pro store for some lippies including the new Rihanna/Viva Glam one (di-vine!) and Galleries Lafayette/Givenchy concession for one of their new cream eyeshadows (dirty muddy old gold/olive green shade... yum).  Watch this space for reviews to follow this/next week.

Overall, I was a lucky duck with the last minute trip, with the weather (great - and the only time it rained we happened to be in out of it, mainly drinking mojitos!), with the purchases.  I had a blast, and in typical fashion although all I could think of was Italian for the first day, by the time I was leaving, I was speaking French again.  It had been too long.  I thoroughly enjoyed the visit... je reviens.


I was also seriously impressed with the camera on the phone;  a Nokia 1020 and most of these were taken from a distance, zoomed in to the max, in poor lighting and/or bad contrast.  It played a blinder... I'm not good at photography and these (to me) were impressive enough pics!


---
Hope you all enjoyed this blog.  Watch out for reviews of the products I bought in the next couple of weeks!
Email ThisBlogThis!Share to TwitterShare to FacebookShare to Pinterest
Labels: jewellery, makeup, me, nailpolish, nails, skincare