Irish Nails & Makeup for the ODI 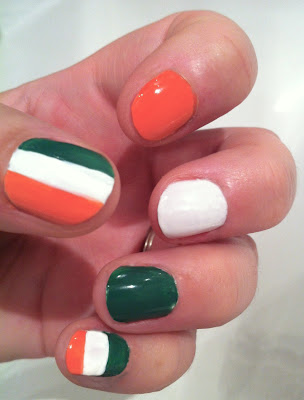 Those who don't follow cricket won't know that ODI stands for One Day International.  Today, arguably the biggest Cricket match ever held in Ireland sees us (the Irish!) hosting them (the English) in Malahide Castle in North County Dublin for a limited overs match in which two Irish players feature on the English squad, in which the English are arguably featuring their second squad, and in which I sincerely hope we win...

I shall be there, cheering on the Boys In Green, with my OH to whom I've explained the rules of cricket at least a dozen times, and with whom I'm fairly certain I'll lose my rag if I have to explain them again :-)


I've been away on a very short break but I am a bit behind with my posts - a lot half started but very little ready to go.  I'm going to have to play catch up for the next few days to get some interesting posts ready, but in the meantime, here's my nails for the day.

These could also be used for Paddy's day (St. Patricks day) nails, or any time we face a formidable foe in a sporting event :-)

White:  OPI Alpine Snow (a pain in the butt polish that took three coats and was still streaky in parts - and it's supposed to be one of the best whites out there!)
Green:  Catrice Green Card (Enter Wonderland collection - LE)
Orange:  Nails Inc Beach (free with InStyle magazine - LE)

I'd had great plans to be a lot more creative, but time ran out... 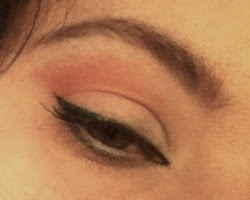 You can't see the colours in this particularly, the sun was shining in very brightly and I didn't have time for post-production to cancel out the bleaching effect :-(

Other than that, there's not a lot more to say!  Fingers crossed I'm not coming back home later in ill humour... they won the last match we faced them in.  We beat them in the World Cup a few years back (I will never forget my jumping-up-and-down excitement on that day!) but either way, it'll be a fun day out.
Email ThisBlogThis!Share to TwitterShare to FacebookShare to Pinterest
Labels: nailpolish, nails