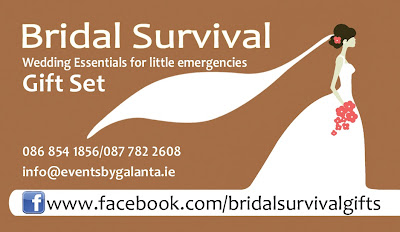 Carmel and Oonagh at Galánta Events, an Irish Event Planning/Management Service business based out of Waterford are clearly doing well, as they've won the Best in New Business/Enterprise Award at the FAB Waterford Women in Business Awards in 2012.  I noticed their call out, some time back on a recent Irish blogger site, looking for guest contributors, and while I had my hands sufficiently full with my own posts at the time, a few clicks later I found something that caught my eye - a product they've put together called the Bridal Survival Kit.  Being involved closely with brides, I contacted them and asked them if they'd be interested in me reviewing it.  So they agreed, and kindly send me one in the post. 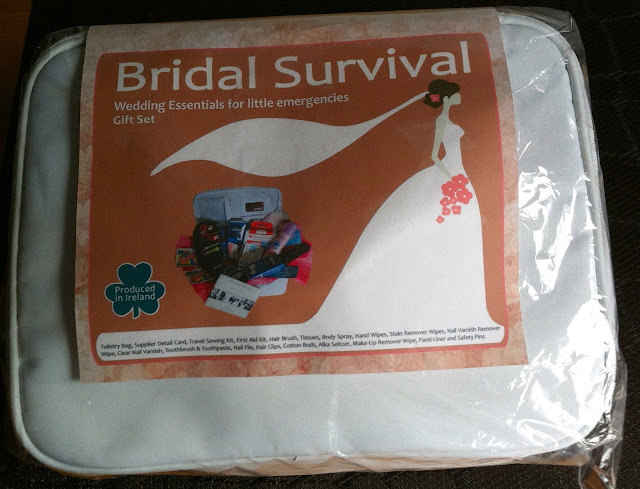 My first thought, prior to opening it, was to wonder if it was priced a bit higher than strictly necessary.  Then I opened it up and realised just how much stuff was crammed in there - it's impressive! 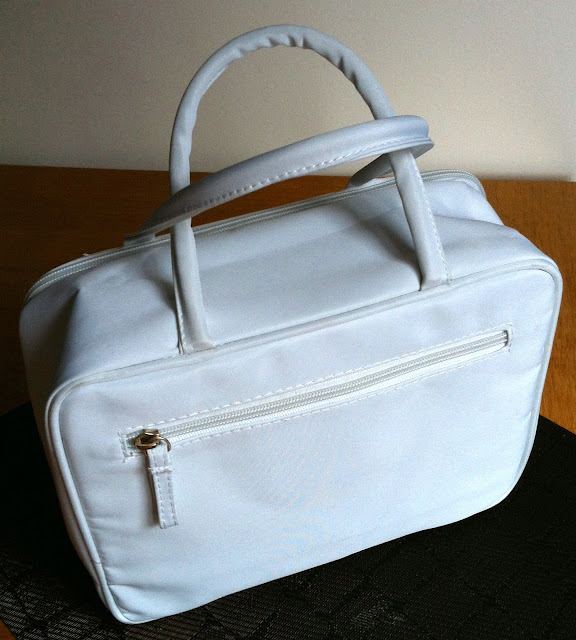 Fascinated, I drew yet another and another and another "handy just-in-case thing" out of the (really nice) makeup/toiletry case that they are shipped in, and ranged them over the sofa... there's quite a lot.  The Galánta Bridal Survival Gift Set contains over twenty five items that could cater for every conceivable emergency that might happen on the big day.

So what does it include?  All of the following! 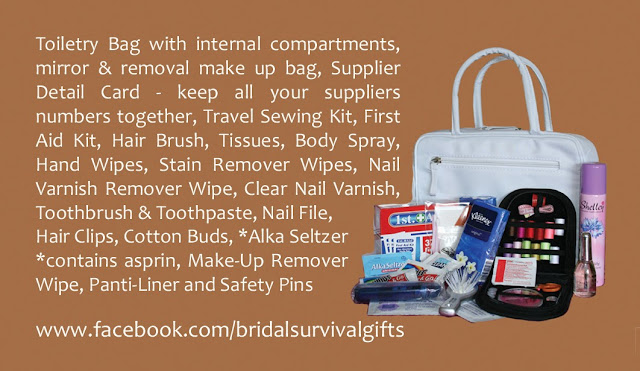 The First Aid kit itself contains a total of thirty-seven bits and pieces that might be useful (swabs, tape, bandage, plasters, and all are latex-free, in case of allergies).  The mini emergency sewing kit has just about every colour thread that might be needed.  There are two very handy packets of tissues and another genuinely handy item also included (and it's not listed above): some dress tape, in case of "wardrobe malfunction" emergencies :-)


Is there anything that hasn't been thought of?  The only thing that I can't see there was paracetemol (but I suspect there's likely a legal reason for the lack of inclusion of any over-the-counter drugs).

This is a genuinely excellent product, with pretty much everything thought of.  My only niggle, and it's either a minor one or not important, depending on your perspective, is that I would like to see a good, branded, trustable, known, anti-perspirant deodorant in the mix - the kit contains only a body spray, and in a particularly sweet scent  - I'm not convinced this is a good idea for a bride (who generally wants to have control over their own fragrance-layering for the day).  I would prefer to see something either scentless or tried-and-tested in there.  But that was the only niggle I had (and let's face it, €1-2 will buy you a mini/travel-sized deodorant of your own choosing in Dunnes/Boots/Tesco to add to the kit, should you wish).

I've spoken, coincidentally, with a couple of people who ordered these kits themselves, and the only negative comment that anyone made was in respect to the deodorant - everything else was, overall, given a huge thumbs up.  None of the people I canvassed would hesitate in recommending this kit, and neither would I - I definitely recommend this to brides.

Along with the Bridal Survival Gift Sets, Galánta are expanding their range of kits to include a similar gift set for everyday use, called their "On the Go Kit" (also €30) and an "On the Go Mini Kit" (€9.90), and both of these will be added to their sites shortly I believe.

You'll find Galánta Events on Facebook here and on the web here.  The Bridal Survival Kit can be purchased directly from their site here or also here on Facebook. 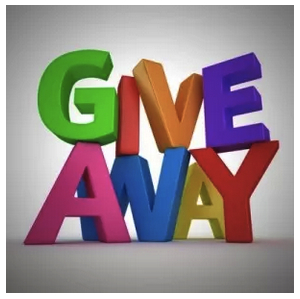 As I received this kit from Oonagh and Carmel at Galánta for my consideration, I'd like to offer it as a prize to one lucky reader.  I would only ask the following:
While you're at it, please do go across and and take a look at Galánta Events and/or the Bridal Survival Kit Facebook pages (links all above)... easy peasy lemon squeezy.  I'll be away for a bit, but on my return I'll announce the winner and post it out (at my own expense) anywhere in the world.

Incidentally, here's another post I wrote some time ago about other creative people doing their thing, away from the 9-5.  Go have a read if you're interested, you might know some of the people behind the brands/names!
Email ThisBlogThis!Share to TwitterShare to FacebookShare to Pinterest
Labels: accessories, body care, free, giveaways, nailpolish, nails, prizes, recommendations, skincare, teeth, tools