Mascara is my can't-leave-the-house-without-it cosmetic, so here's yet another mascara review (and there will be many more, I can assure you!).  I believe that by defining your eyes with a little wiggle of the good ol' black shtuff you can instantly transform your naked face into a more polished and sophisticated You (appearance-wise anyway).  Boom (yes I said it) - suddenly you look a little less raw and a little more like you mean business.  Or think you look like you mean business.  It doesn't make any difference to my kids whether I look like I mean business.  But it matters to me :-)

This Friday I'm reviewing the Sleek Waterproof Black Mascara (I have noted that they have also launched a waterproof mascara in clear, which I would definitely be interested to try out over a black base - Clarins do one of these and it's the shizzle).

The tube itself is quite slim, sleek and streamlined as the branding suggests.  The fragrance is very mild, the typical barely-there scent of mascara.  I found it to be a little on the dry side (I prefer a wetter mascara) and this, combined with the densely packed bristles on the applicator wand made it slightly difficult  to comb through my lashes.  The tube itself claims that it is a one-coat mascara, and on the Sleek website two coats are recommended, but I found I needed to continuously wriggle this through my lashes until I was satisfied with the coverage.  However, despite the multiple coats there were no clumps to be seen, so a big thumbs-up for that.  It added a little volume and length but nothing too dramatic and there wasn't as much lash definition as I'd have liked.  I did like how it held the natural curl of my lashes though.

This mascara was nicely black but for all that, creates quite an understated natural look.  No bad thing if that's what you're looking for, but personally I prefer something with a bit more drama myself, as although I generally wear quite a light base, I always opt to play up my eyes, day or night.  I was happy with its staying power over all, however on a particularly oily-skin day there was a little smudging under my eyes (I won't hold that against it though as that would be typical enough behaviour from most mascaras for me).  I can confirm that it is waterproof after a stroll on a breezy day which left the rest of my face looking like a Jackson Pollock, but my lashes still looked good. 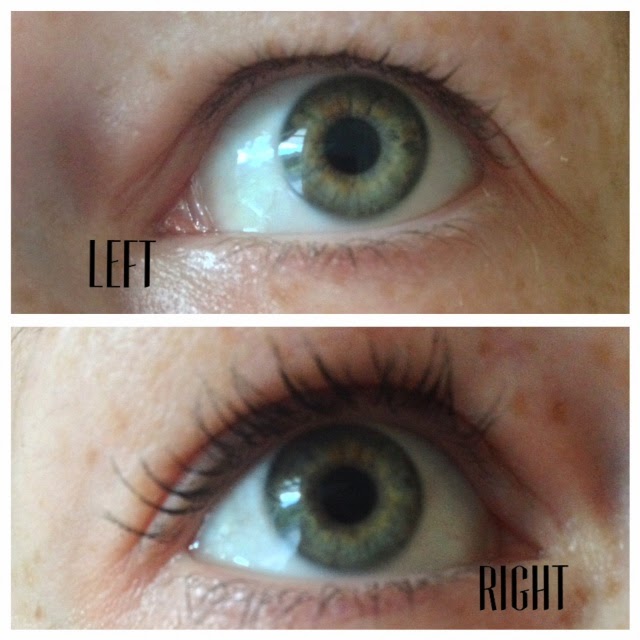 For me a mascara has to add much needed length and thickness to my woefully skeletal lashes.  But also I want/need them to be well defined (all of them), larger than life and blacker than night.  And waterproof, because my ridiculously sensitive eyes stream quite regularly, just for the laugh, it seems.  I don't think the Sleek version really delivered all of that for me.  If you are blessed with better lashes than me (who isn't!?) and you just want to give them a little perk then this may suit you very well but I think I'll stick to more dramatic mascaras.  I'm going to keep this as it's a handy one to have in the back-up arsenal but I won't repurchase as it didn't work as hard as I wanted it to (cue cracking whips) and I'll be moving onto a different mascara.  A big plus for this is the price, at €4.99 it's a steal so if you think this might be the one then check it out here on the Sleek website.
That's enough from me for today.  Until next time, flutter on in the search for fat (phat?) lashes.
Emer x (theartymama)
Email ThisBlogThis!Share to TwitterShare to FacebookShare to Pinterest
Labels: drugstore, makeup