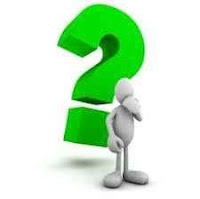 This one is more of a "where I" than a "how I" :-) but without getting hung up on a choice of interrogative pronoun, and in continuation of my "how I..." series, this one is a quick peek at my personal makeup station and features a mini-review of the Make Up For Ever desktop rolling makeup case.


This is it, in all its simplicity: a Make Up For Ever "desktop" rolling case, sitting pretty on my (fairly functional and not terribly pretty) dressing table.  In the past, I used a combination of mirrors and lights all pointing in different directions, but I wanted something more simple, and as I already had this (and wasn't using it as much for makeovers or bridals as planned), I thought I'd just use it for me.  Waste not, want not!

Pros - lots of space for holding bits and pieces.  And the lights are v bright (which is both a pro and a con).  The major pro for me is that it is an instant makeup station, and I have the option of using it when I travel if required - although I don't tend to - it mainly only gets used as a prop for wedding fairs :-)

Cons - there are two!  This is supposedly a small so-called desktop version of Make Up For Ever's larger rolling case but it's beyond dreadfully badly designed;  either with or without the wheels, (which I removed as I don't tend to use them) it doesn't sit level, so I have it propped up underneath.  This is not a problem if you don't plan to move it but for the price I think it's particularly poor (I don't plan to move it).  Second con is that the lights get very hot and they're also all quite yellow (which throws your final look - daylight is a far better light in which to do makeup).  I plan to replace them gradually with bluer-looking daylight-type LED lights as they die out, so that's an easy fix, over time, however.

Enough yap, on to some pictures:

The eagle-eyed will spot a single Muji drawer unit just barely peeping out from underneath - I've used this to prop up the case from the underneath.  While it is annoying to have to prop it up at all, I use this single drawer unit to store hand mirrors and mixing palettes which are handy to have close to hand.

On the right are my brushes and other bits & pieces (see this link for my brush storage post), whereas to the left is another Muji tower (comprising the same acrylic drawers), and holding various other individual makeup pieces.

This system works fine for me, but do I recommend it?  Probably not - the relatively high price of this case (€450*) coupled with the bad design would drive anyone bananas.

On the other hand, if you can get a free (or a very cheap) one, don't plan to move it around and don't mind propping one side of it up from underneath, then go for it :-)

* I purchased it for 60% off about two years ago in a rare Make Up For Ever sale
Email ThisBlogThis!Share to TwitterShare to FacebookShare to Pinterest
Labels: accessories, brushes, how-to, makeup, storage, tips, tools