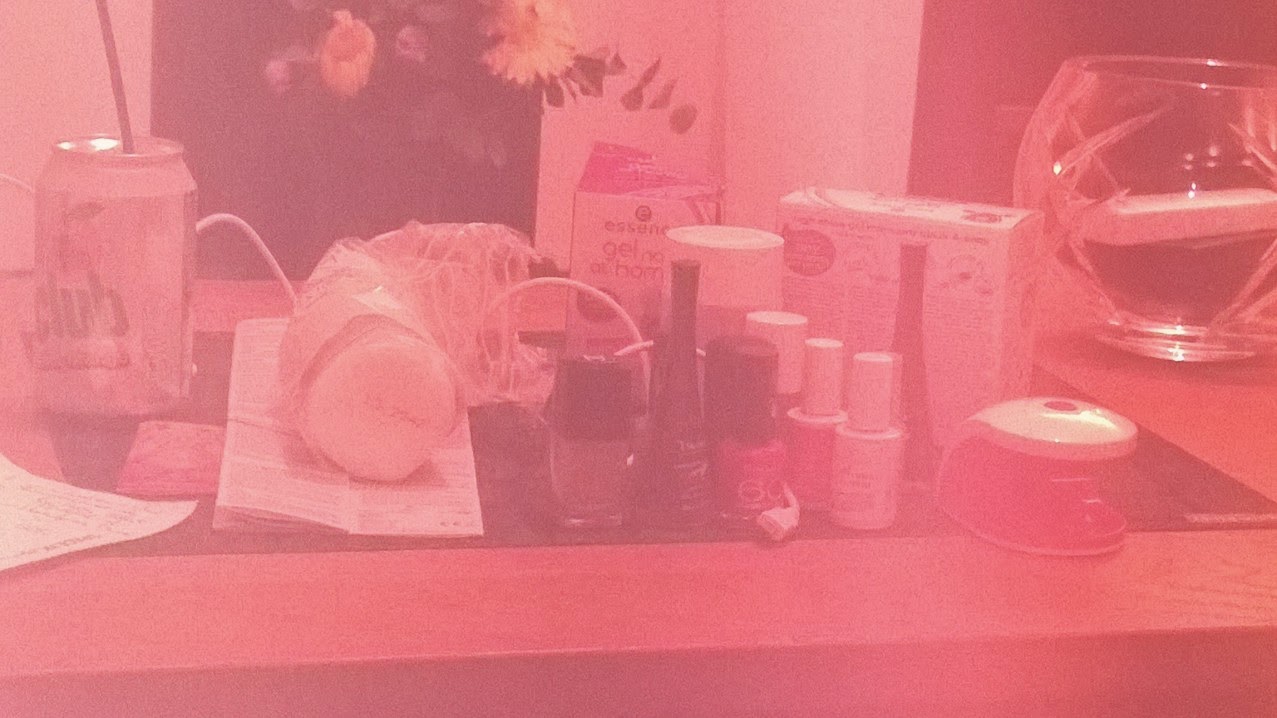 In the interest of pure research, you understand, I purchased the essence Gel Nail Kit.  This is the second of two posts today, as mentioned I didn't get a chance to organise a blog swap this month... so without further ado, I give you my review;  largely, A Story Told Through Pictures* :-)


This is a tale of how to turn this:


You start out with, let's call it Step I, shall we?! - by buying both of these: 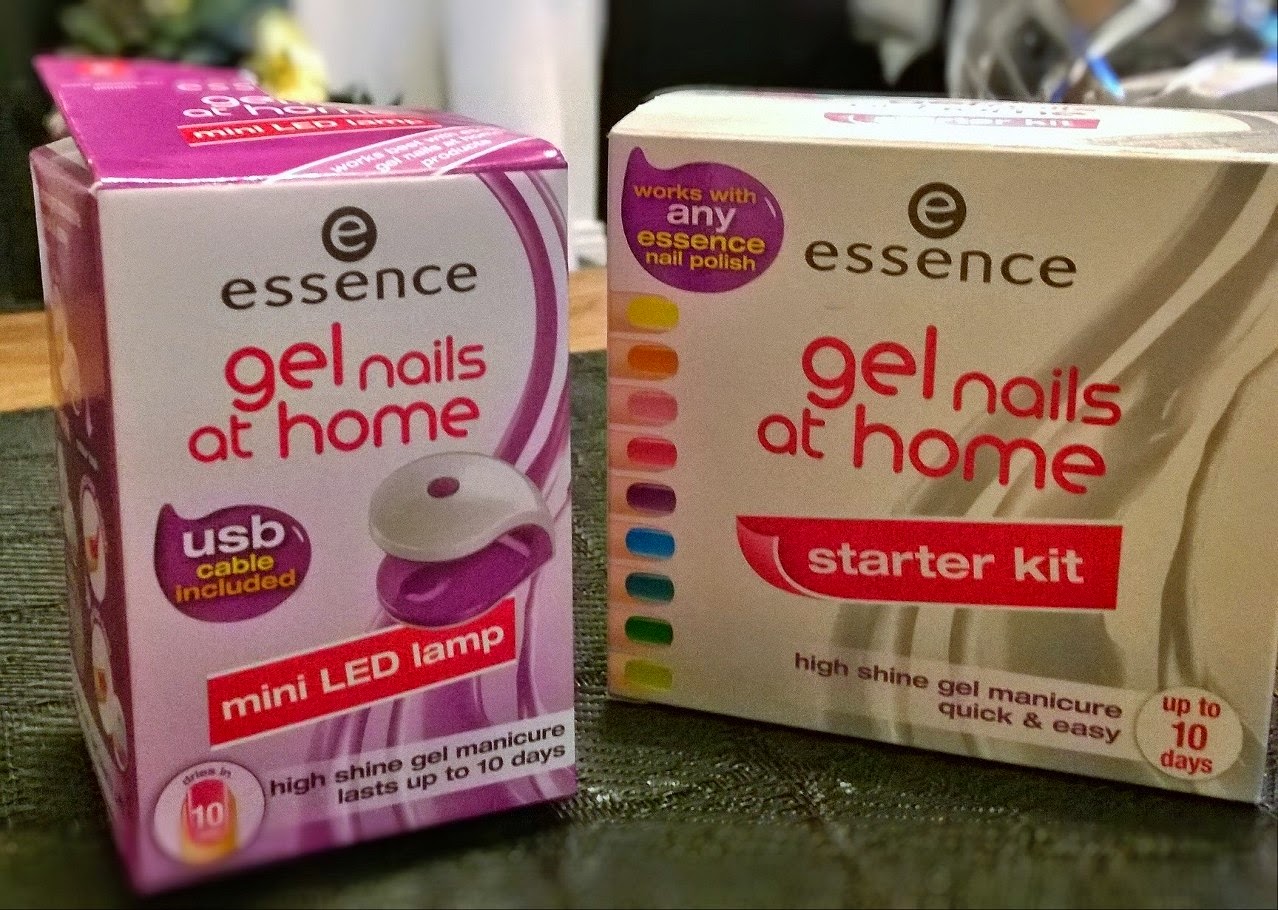 Open the Mini LED Lamp box.  Out tumbles lots and lots of instructions (back and front), the mini LED lamp itself (so cute!) and the USB cable (for powering it)...

... and also, for good measure, another smaller warning, in case, like me, you gave up trying to find the English instructions in teeny tiny print on the larger sheet.


Throw away the irritating instructions.  Pull out your computer (or a plug that will take a USB cable as input).   Attach the cord to the lamp and the PC/power source, switch it on, blah blah, so far so really not so difficult. 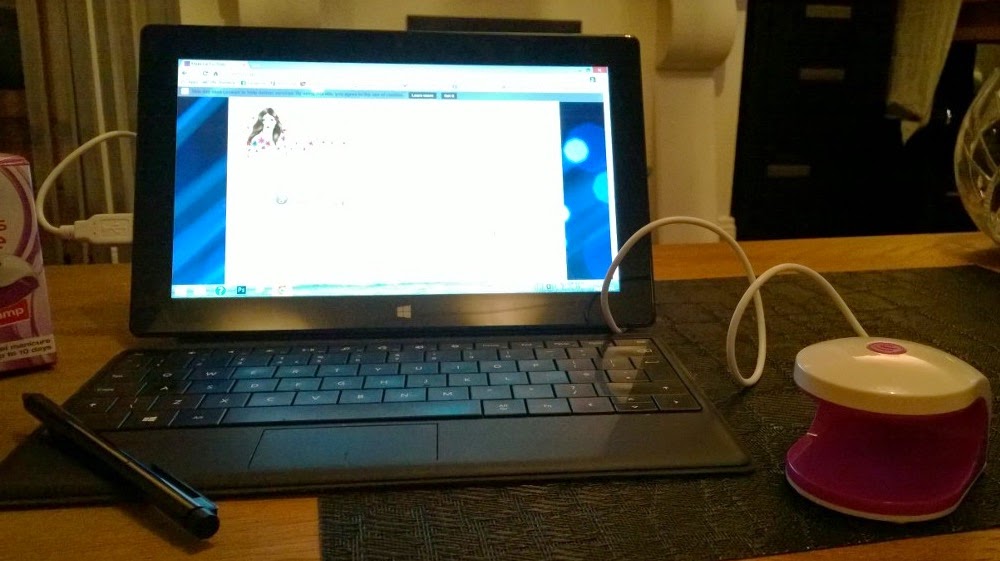 Open the Gel Nails At Home Starter Kit next.  Pull out and admire the contents: 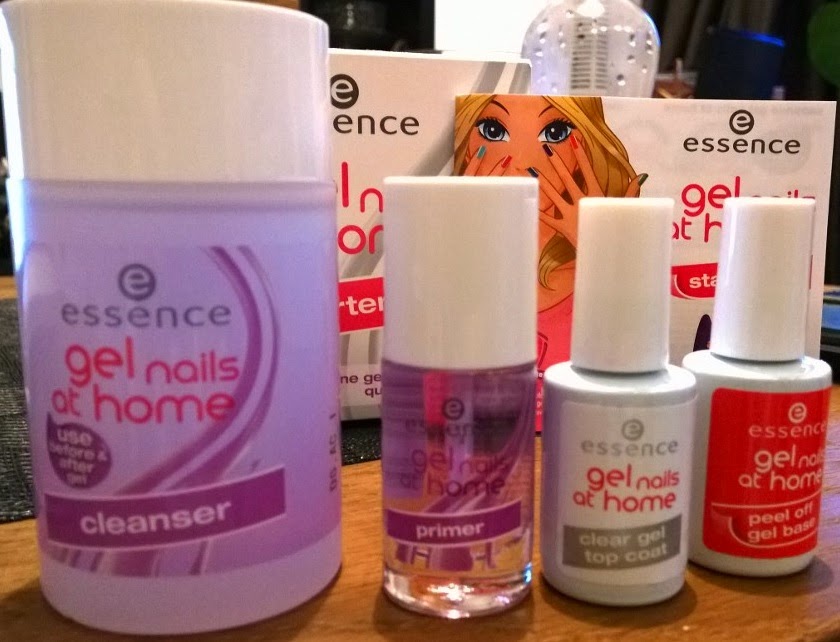 You'll also need whatever nail polish you plan to use.  Of course, the kit only recommends use of essence nail polishes.  The only one of these I had was a really old, awful, sad, crappy yellow one.  So instead, I used a few different nail polishes to see would they work/last.

As suggested, cleanse the nail using the cleanser, apply the primer, apply a thick coat of the gel base, then cure it for ten seconds (one press of the button on top of the mini LED lamp).  Use the cleanser again to make sure there's no sticky gel residue, then apply your nail polish (however many coats are needed).  Allow the nail polish to dry completely*, then apply the gel top coat, curing it again for another ten seconds before a final swipe of the cleanser - and you're done.

The gel base/topper is very gloopy.  A thick coat is recommended.  I did just this, but I didn't use a crazy thick coat, and it worked just fine.


(As I mentioned, I picked different polishes to see would they work - they did, each of them lasting as long as the other - so there doesn't seem to be any big difference in the actual nail polish you sandwich between the two coats of gel).

Nail polish usually lasts me two days before chipping.  I type on a keyboard from about 7:30am until around 10pm at night, so nail polish doesn't last me.  Similarly, my nails are usually short, stubby, and not in the best of condition.  This stuff didn't chip.  After nearly two weeks, it was very slightly raggy on one or two nails, but that was all.  On the other hand, this can lift.  On Day Three, one of my nails caught on something-or-other, and the edge of the gel lifted a bit.  Out of curiosity, because these are supposed to peel off, I tried to remove it to see did it actually peel.  Yes, it does, it peels of nicely!  (Weird - it reminded me of a kiddie nail polish I used when I was really young, a plastic polish that went on and peeled off after about a day or two).

By Day Four, another nail had peeled away.  By Day Seven, another.  All of these were on my dominant (right) hand.  In each case it was after a particularly heavy use of my hand - in one case, washing and blow-drying my hair.  In another, it was a session of brush cleaning (around fifty brushes).  In another, after spending a couple of hours potting plants and cleaning the balcony...

... whereas my left hand was still (almost) perfect!

Yeah, most definitely.  It's time-consuming, but seriously worth it for a long-lasting shiny manicure.  Especially if you're going on holidays and you're not going to be keyboard-pounding for a while.  Let's face it, the price of the lamp and the kit is around about the same price as getting your gel nails done once in the salon.  It's idiot-proof, it's long-lasting, it looks good, it can be re-used many times, and it works with your existing nail polishes!  Look here for more info.
Email ThisBlogThis!Share to TwitterShare to FacebookShare to Pinterest
Labels: nailpolish, nails