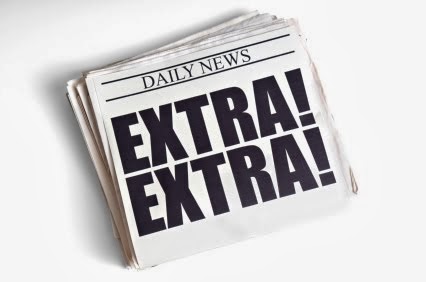 I have had a crucifyingly painful back for the last week - headaches abounding, pain so bad that frankly, I was close to tears the last couple of days.  The kind of pain that was making me feel dizzy, out of sorts and hard to concentrate.  This evening I finally managed to haul ass to the physio (actually a brilliant sports massage therapist) and she's worked some magic; pain is still there, but manageable, and back is sufficiently "unlocked" to allow me to start working towards something with it.  Anyhow, all of that is a precursor to explaining why this day's post is a little light; it's just a quick snapshot of stuff that's going on in the world at the moment, cosmetics-wise, that you might be interested in...


Tarte cosmetics is launching in the UK from 28th March on QVC.  I use some Tarte stuff and find it really really good, if somewhat slightly overpriced (in my humblest of opinions).

He of the grey ponytail, M Karl Lagerfeld is launching two new fragrances (both EDTs) on 24th March, one for herself (lemon, peach, rose, magnolia, plumeria, musk and woody notes) and one for himself (lavender & mandarin zest, apple & violet leaves, sandalwood & amber notes).  So far so mish-mashy, but I'll see what they smell like.  Available from Harrods in London as far as I'm aware.  Not sure if/what/about Ireland.

Barry M Cosmetics is launching Gelly-Hi-Shine Lips, a new range of glossy lip crayons, in five bright shades ranging from cherry red to bright red to hot pink to pink to rose pink.  I have some Sephora versions of these and I like them for the summer time.  I do like Barry M for its wonderful budget friendly stuff, so these are worth a looksee.

If you're a Clarisonic fan (I'm not, I have mild rosacea so forgettaboutit), they've got new Luxury Brush Heads on the way (Luxury now mind, not just Bog Standard) - the new Clarisonic collection features the Cashmere Cleanse, Satin Precision and Velvet Foam heads, all priced at £25, and available from clarisonic.co.uk (and I can only presume "elsewhere" too, if "elsewhere" equates to "Good Clarisonic Stockist".  Sorry, I did mention I'm not a fan).

Wayne Goss has added new brushes to his existing brush line, available for pre-order on love-makeup.co.uk (assuming they're not already all sold out).  His first brush range was genuinely, seriously damn impressive (I would recommend them, over many many other brush ranges to be very frank and honest) and I would expect that these ones will be equally great quality.  While not particularly cheap, they're not terribly expensive either - and when you take the quality into account, actually, these are unbelievably amazingly good bang for buck (they look, feel and act like far more expensive brushes than they actually are).

More budget goodness, Spanish fashion brand Bershka is launching its debut cosmetics range, offering products for nails, lips, cheeks and eyes, with new colours being updated each month.  The launch is pretty soon (today? tomorrow?) and the products will be available in-store or online (there's a Bershka in Jervis St Shopping Centre in Dublin, not sure about elsewhere, I know there used to be one in Dundrum and I believe on Grafton St but have a sneaking suspicion those may now be closed).

Big news for this week, renowned make-up artist and previously creative director of Chanel cosmetics, Peter Phillips has been announced as new Creative and Image Director of Christian Dior make-up, effective from a couple of days ago.  This is biiiiiig news peeps.  Chanel makeup has become something truly awe-inspiring under his time at the helm... it'll be interesting to see what he does with Dior.

Charlotte Tilbury makeup apparently is coming to Brown Thomas.  That's all I've got.  Thanks to MontyC for telling me about that one (and watch out for some Charlotte Tilbury product reviews from her MontyNess soon...)

And that's it - a snapshot of some stuff that's going on that might be of interest, if you're a budget-babe (Berksha and Barry M) or an industry watcher (Chanel, Dior), a fan of luxury/cult products (Tarte, Charlotte Tilbury, Karl Lagerfeld) or an early adoptor (Wayne Goss).